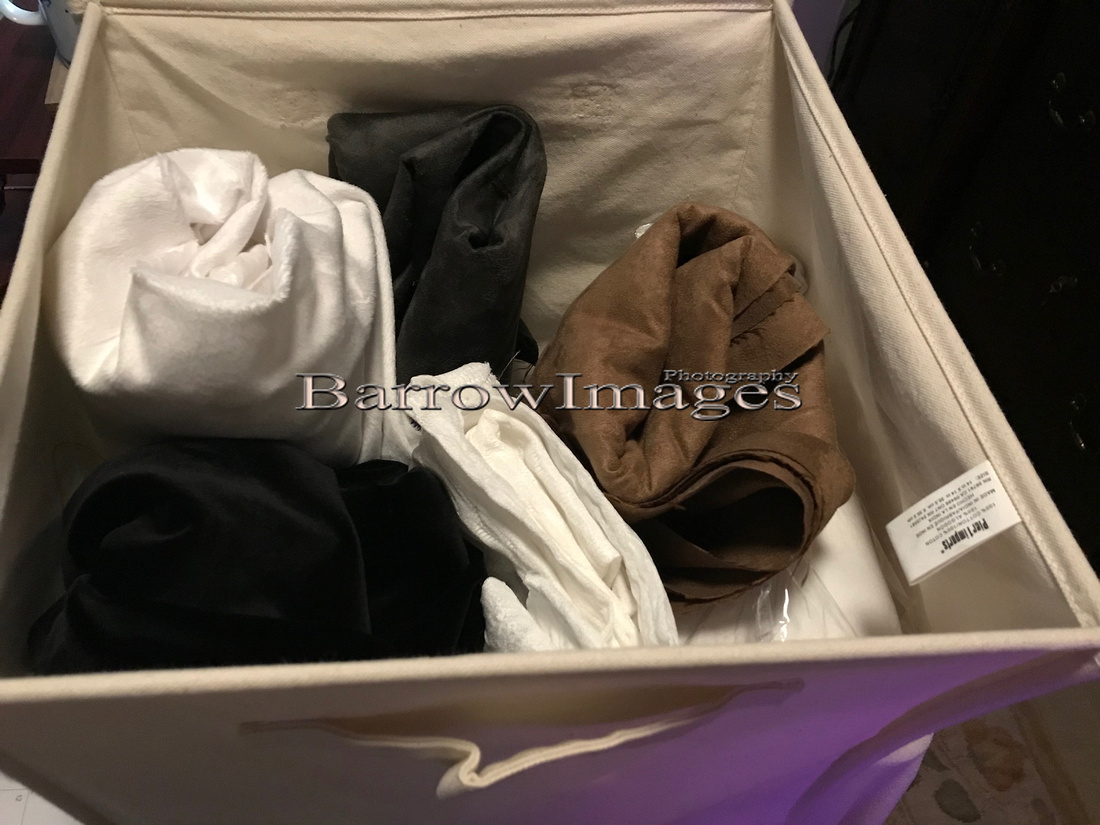 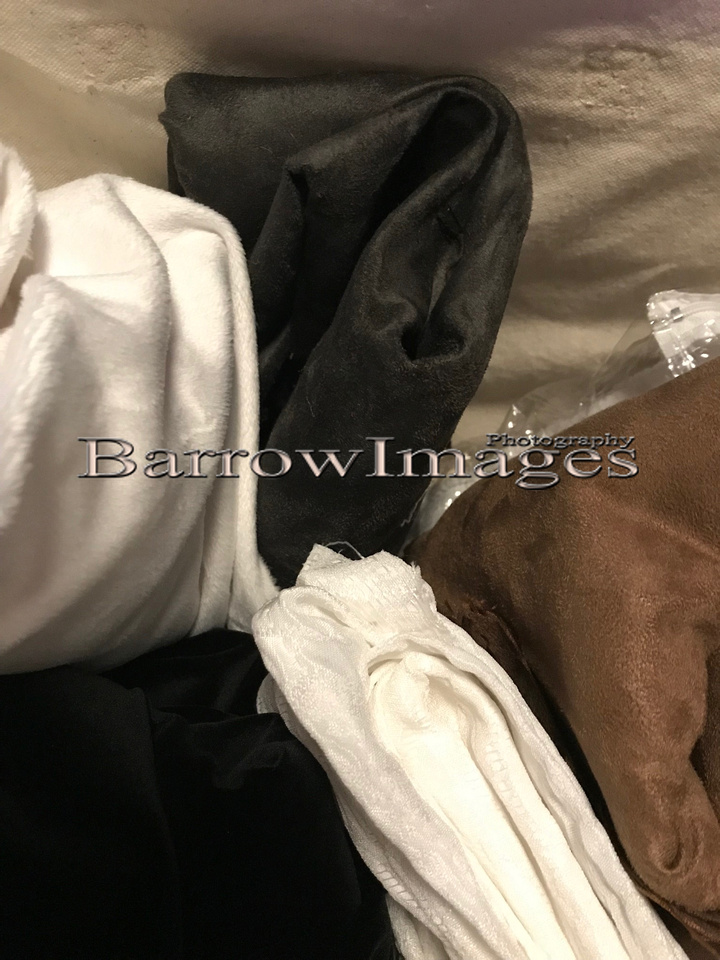 While on location its far more convenient for everyone involved if the background is chosen from whats available at the location - sometimes its amazing, and sometimes its...not. Its also harder to control the environment when its an on-location session, but beautiful images are always possible.

I am far more in control when in my studio - I love fabric and what it can bring to an image as a backdrop. My great-grandmother, grandmother and mother were seamstresses. Mom had a cabinet full of fabric and sewing supplies when I was little and I grew to like how fabric could play with  light or create a mood. That appreciation, paired with my love of DIY led me to create my own backdrops and props.

These are a few of the fabrics I use for backdrops or props. I pulled a few, as I have a closet full of backdrops and props! In here is a is a gray and a brown faux suede that have amazing properties with light. There's also a piece of white fabric that drapes almost like liquid - perfect for boudoir. My favorite background that I've added over the last few months though is my black microvelvet. I call it my 'zero black' because I can shoot a ton of light around it and it absorbs every bit of it, allowing me to isolate my subject better. It can be pricey, but if you wait for sales (and can give it a go at piecing together large panels) you can save a lot and have a background that will last for years. 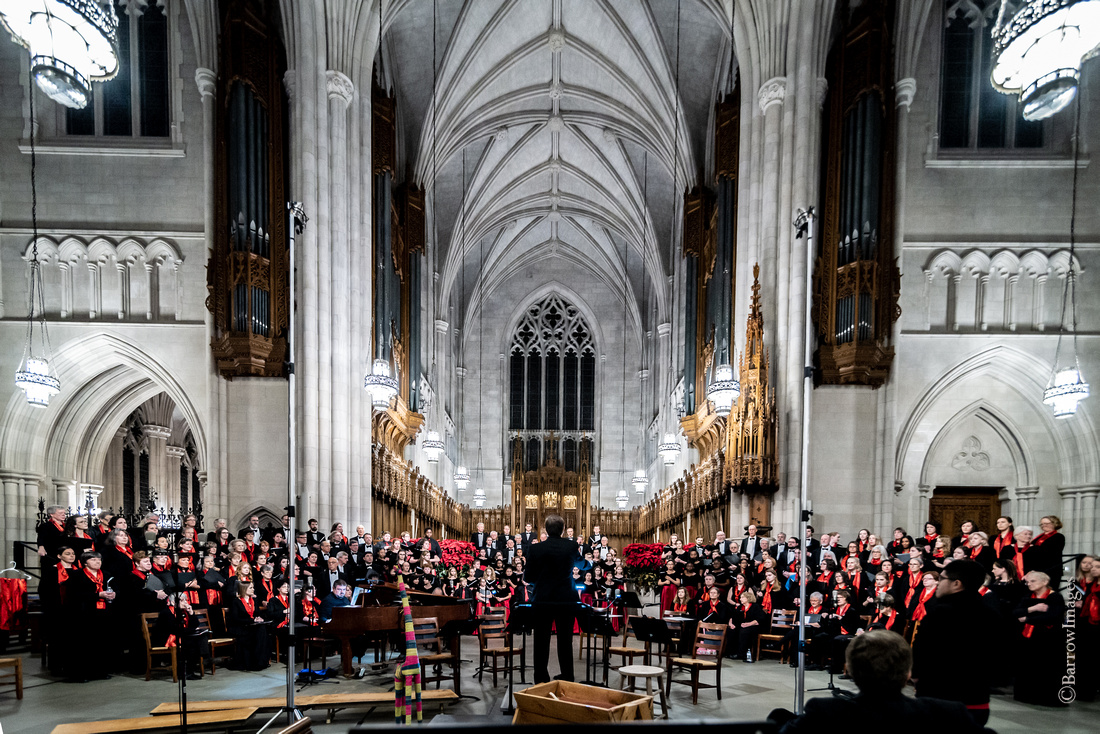 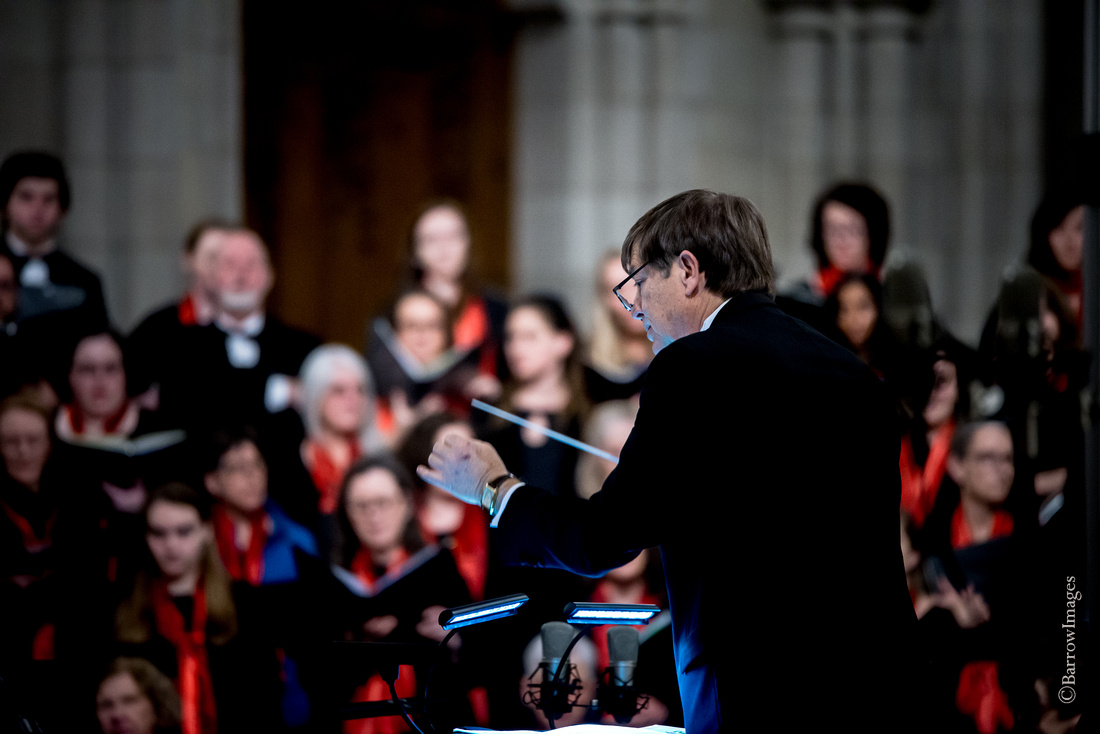 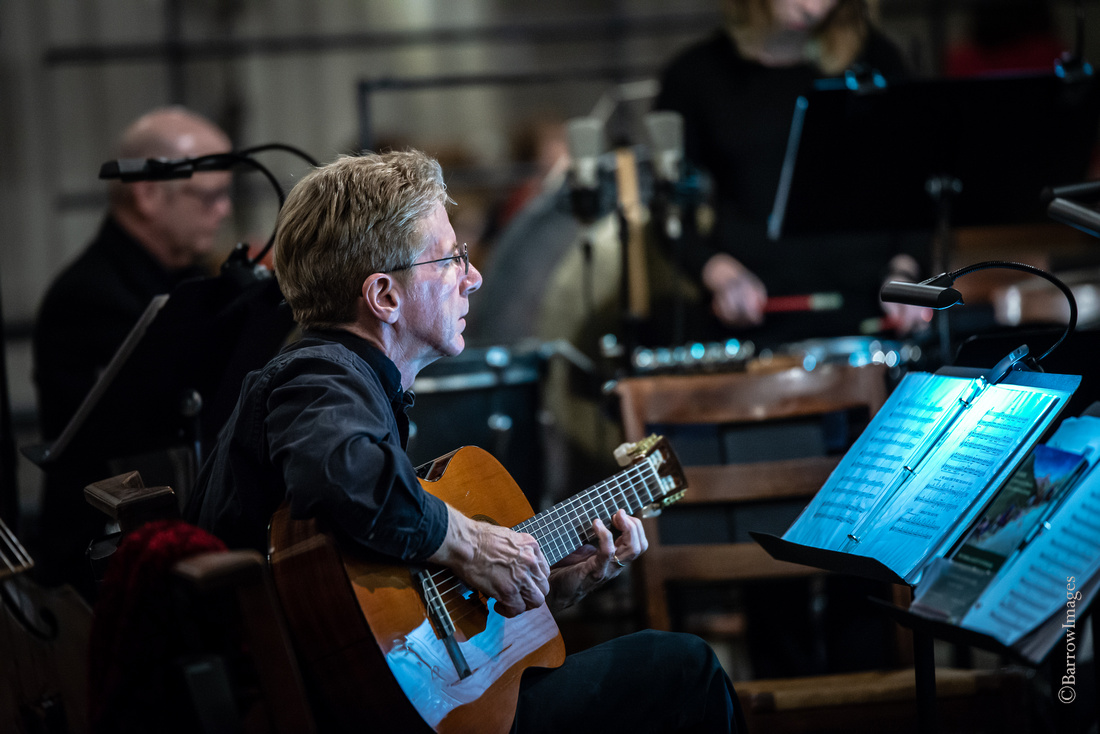 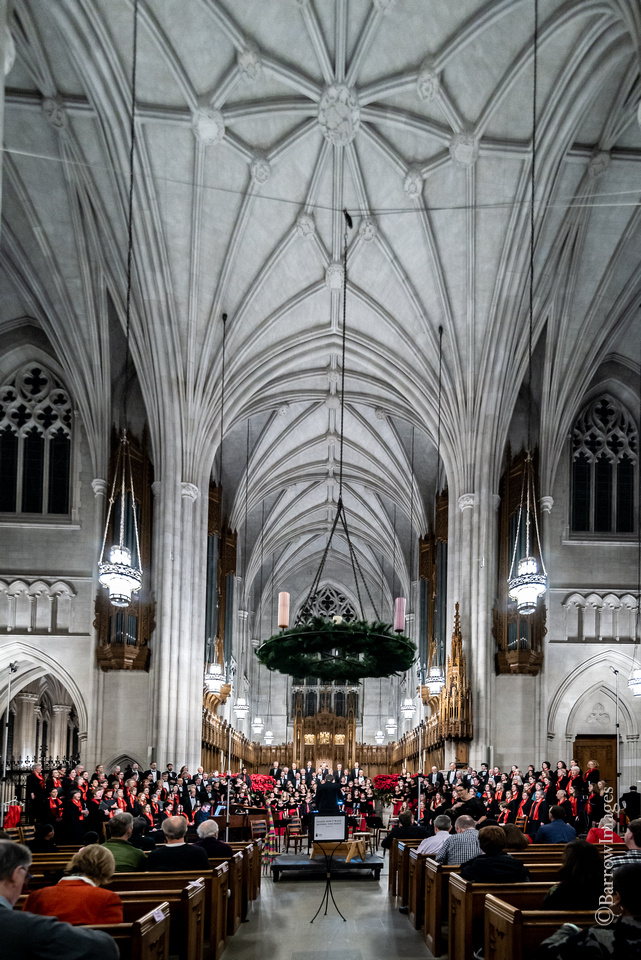 When I lived in Illinois and was a radio host for the local National Public Radio station (WIUM-FM), many evenings were spent hosting classical music programs from faraway places. Occasionally there were performances associated with Duke Chapel in Durham.

When I moved here to work for WTVD in 1999, I had the opportunity to become a second soprano for the most amazing symphonic choral organization: the Choral Society of Durham. This group is not a professional singing organization however, they are far from amateur in their singing.

Since I am posting here about classical music, I should mention that while much of my life until maybe 5 years ago or so was spent practicing and performing music - either as a member of a choral group or as a violinist - I am far from having the ability to speak in a sophisticated manner about music. My professional writing style is more journalistic and folksy. Many souls I've encountered in classical music seem far better equipped to speak of nuances, composition, performance technicality, history, etc. What you'll read here is more the 'life from my shoes' point of view.

Under the direction of Dr. Rodney Wynkoop, this group of dedicated musicians practices as an ensemble weekly, but their music is never far out of reach the other hours of the week. Their concert calendar consists of very demanding repertoire and not one member wants to get 'the look' from Rodney for missing something. All are rewarded when concert week arrives and those sounds merge together to form an unforgettable experience.

I left the group years ago as far as a performing member, but remained a friend. Now I'm have the unique privilege of being a business partner and most recently, the latest to join their fellowship of concert photographers.

If you're in North Carolina and have not heard this group, you really need to. Its a rare joy.

This was the picture of me that my dad carried in his wallet until the day he left us.

My dad passed away just as cellphones became the rage.  As I write this I am not totally convinced he would have liked them had he the chance to use the 'handheld computer to the ear' like we have now.

I say that having taken in good deal of consideration. My dad loved talking to people, and throughout all the years I grew up in suburban Chicago I remember him as a person-to-person, talking-over-coffee kind of guy; but not someone who would use a phone unless he had to (but he *did* have a phone installed in our bathroom as I recall..so he kept his bases covered well for those 'have to' circumstances!).

But what do we use our phones for these days, anyway? If you're like me, its not just a tool for communication. Mine holds thousands of photos that I many times forget I have.

Growing up for my family meant those little movie cameras and brownie box cameras.

Our basement had metal boxes with tins of movies but I don't recall ever watching them. Our house was destroyed by fire when I was 10 (hence the smoke on the photo) so there was little chance of discovering who my parents really were before I and my three siblings came along.

My dad carried only a few photos in his wallet. The one you see there is my baby picture. He never replaced it with updated photos and I was 30, had been working radio and tv, moved about a half-dozen times, and married by the time he passed away!

There are tons of photos of us growing up. They were kept in shoeboxes or albums but dad didn't have to look at photos of how we changed or what we did over the years.

And that's because I believe he just kept what was important to him close to him..in his memories and his wallet. No keeping batteries charged, no downloading or apps. No scrolling. Just his 'dad cloud.'

My fascination with cameras started with one of those old brownie cameras I found in the basement.

It didn't work, but I didn't care. I loved the way it felt in my hand. I loved the idea that I could look at anything in front of me on any given day and with a press of a button ... Voila! I could now have that moment to look at anytime I wanted to.... I could capture a moment in time and hold it always!

That Brownie gave way to instamatics (remember those square flash bulbs that rotated? How many shots were we limited to?)and then disc cameras (I learned about double-exposure with those things because the discs didn't have a beginning or an end..so I had some of the weirdest ...and coolest.. pictures from the drugstore!) and lots of fun little cameras I just considered tools to remember time  spent with people around me.

I love having this as a means to connect others with and share this life!

These days I live in Durham with my family and  I happily shoot portraits, families and events.

We took in my mother-in-law's dog, Max, last year. Our cat, Nolan, is none too thrilled about it. You can follow their journey on their facebook page (The Max and Nolan Project). I instagram as BarrowImages.

I was able to make a transition from life in front of the camera to one behind the lens in 2013 mostly due to John Carter of Perfect Day Images. He very generously allowed me a chance to begin an education in professional photography for which I am incredibly grateful.  I consider it an honor any time I get a chance to shoot for him and for Ravinder Tukrar of Maadhurya Photography.   They are incredible mentors!

I consider every day a joy and every opportunity a chance to develop more as a photographer. I hope I can someday share that joy with you as you step in front of my lens :-)

If there's one thing a photographer does well, its making something from anything.

We take a puddle and turn it into a reflective pool, or magically change a bed sheet into a diffuser.

I rediscovered the joy of DIY with photography when I wanted to make my own large diffusers. I didnt have the money to get one that was sturdy enough so I took money I earned from a shoot and went straight to the fabric store and bought fabric. Mom's old sewing machine took a beating from me as I learned to use it, but this huge square piece of fabric turned out lovely..... I just couldn't make a decent frame, lol!

That was a few years ago. Mom's old sewing machine gave way to a sturdier beast of a machine that weighs a ton and I troll resale shops as I work on new projects. Resale shops are magnificent for crafters. Let me tell you about the rocking horse I saved.

It was a solid wood rocking horse with a mangled tail and mane. Well-made and well-loved. It was looking for a new home.

I got it for almost nothing and found some perfect rope, fabric, and leather, and voila! a great baby photography prop or accessory for a shoot.

I'm working on other projects, so stay tuned! 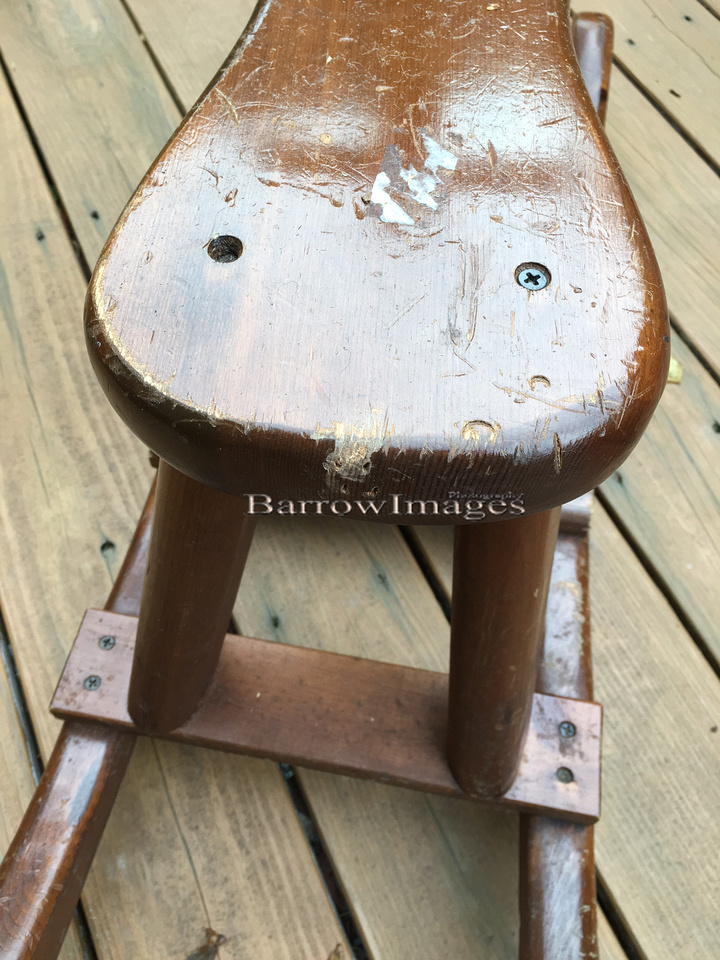 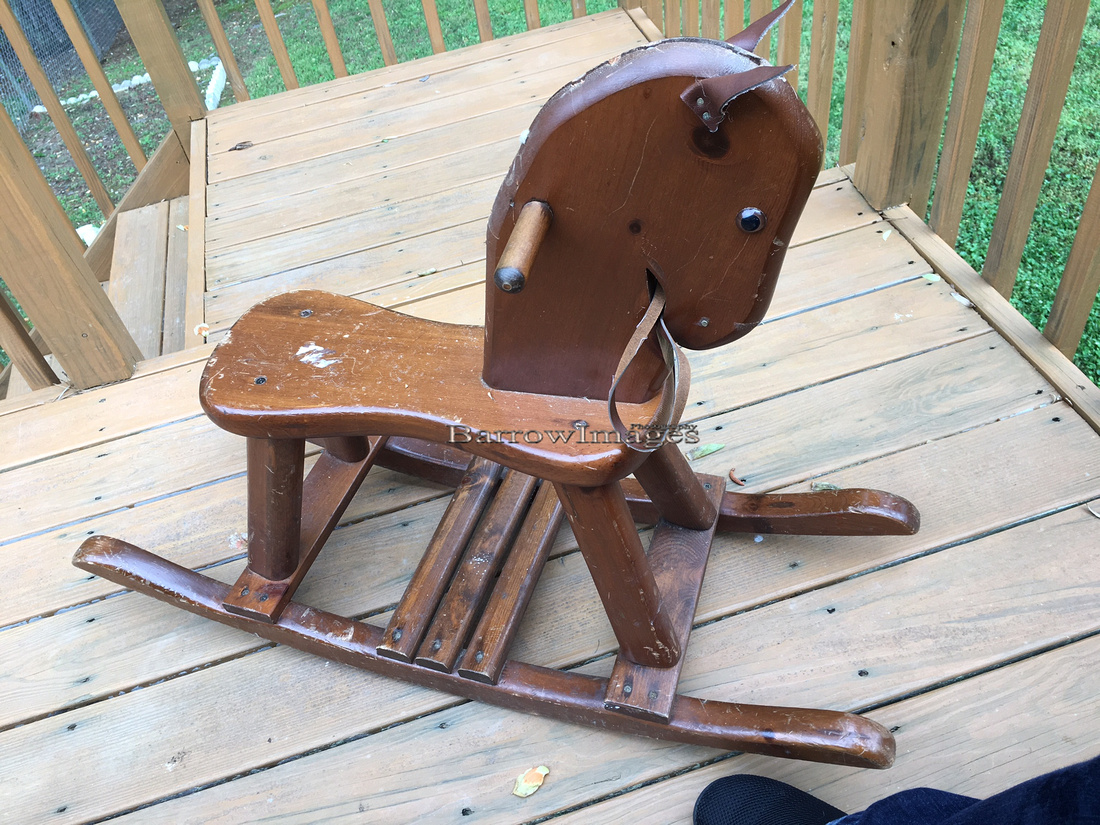 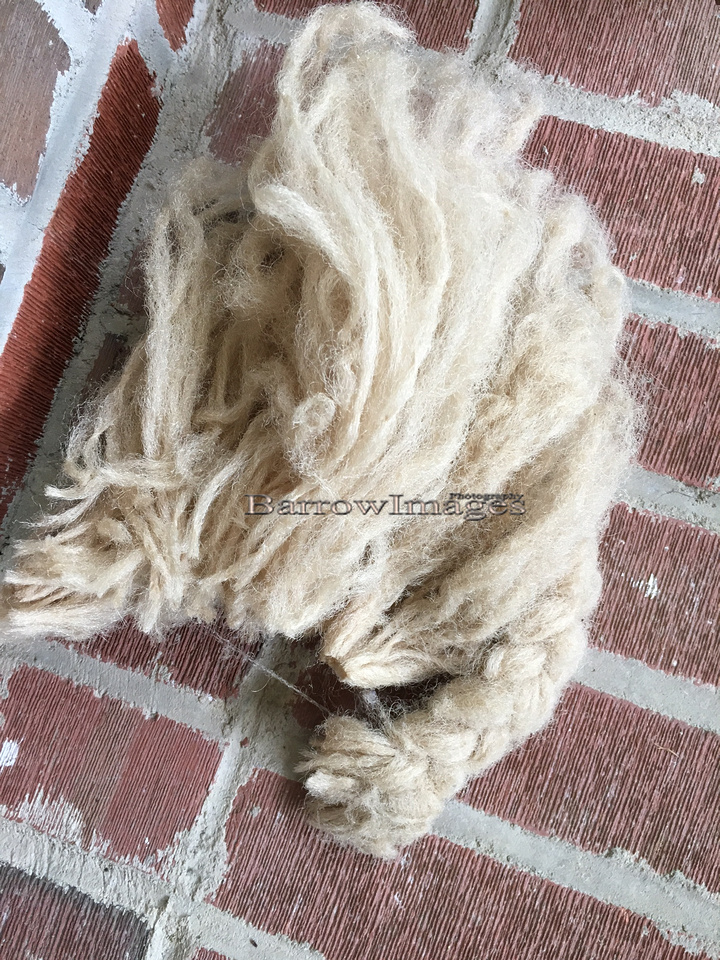 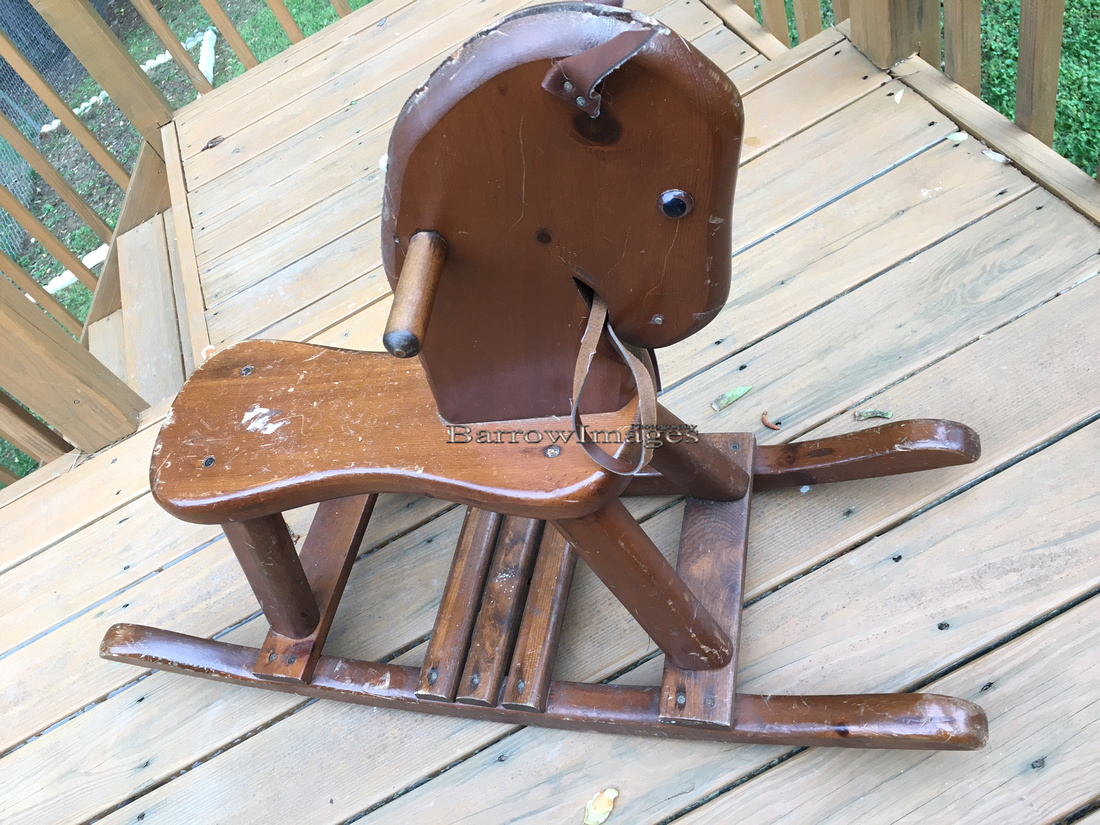 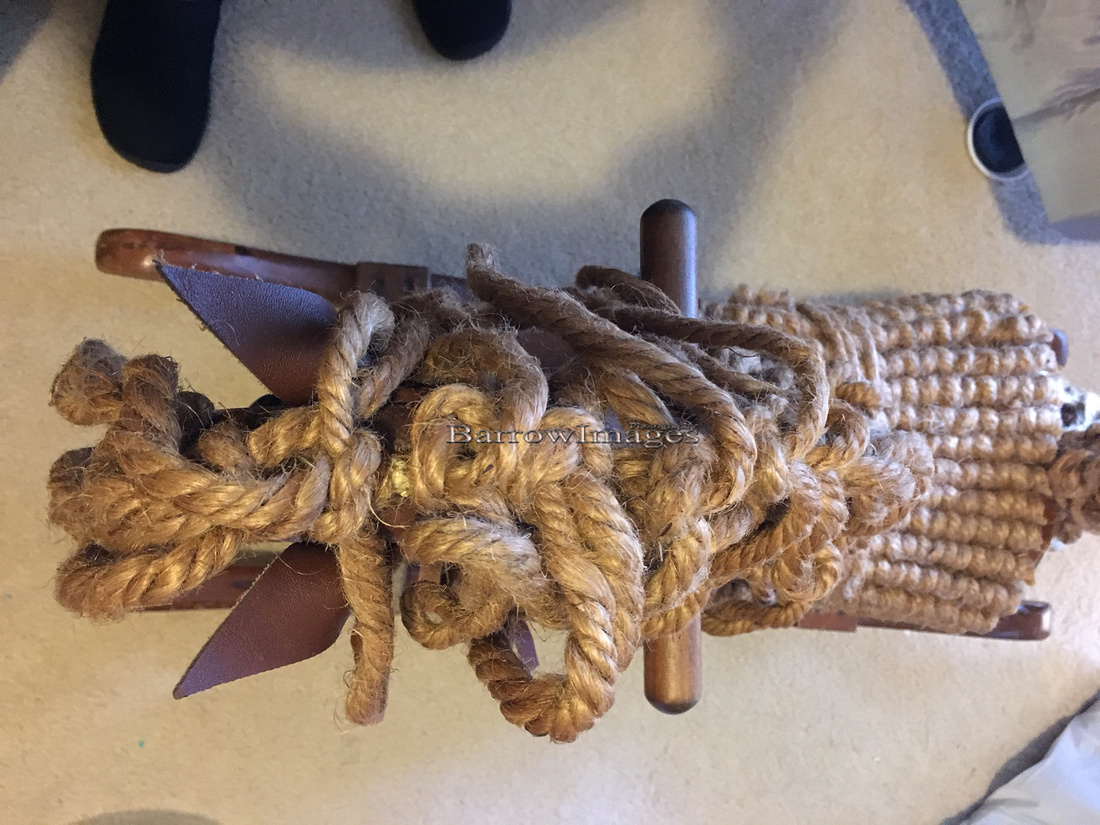 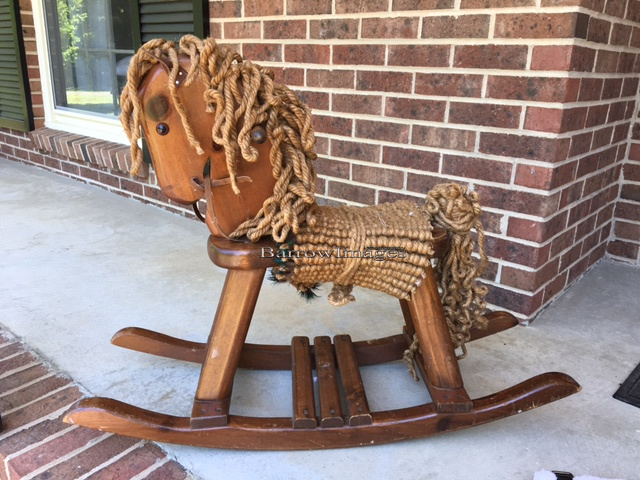 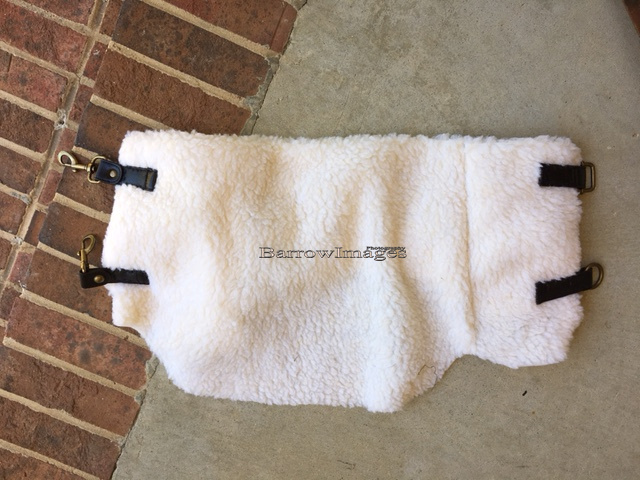 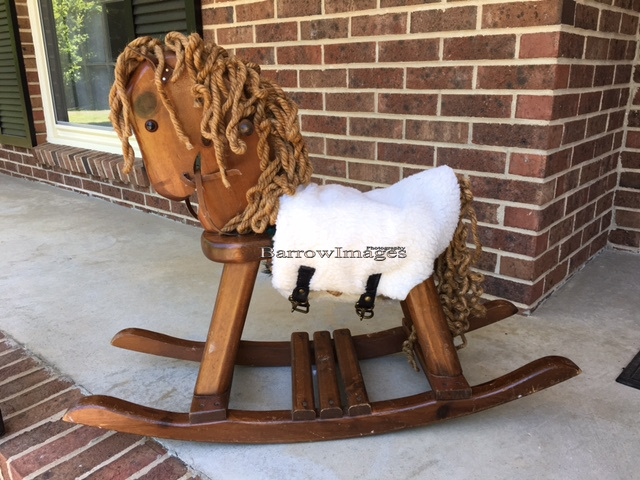 I had a wonderful opportunity to photograph a good friend of mine who has won yet another natural bodybuilding title from 'Musclemania.' His impressive collection of trophies bears witness to his life's message.. that you get out of life what you put into it - rewards and positive relationships arise not from shortcuts; but rather from honesty, dedication, and just plain sweat equity.